How Do I Prove Fault in a Car Accident?

how much is your case worth?
Also Serving:
Castle Rock Denver Fort Carson Monument Pueblo

How Do I Prove Fault in a Car Accident? 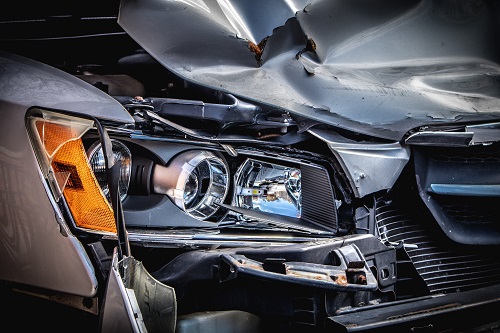 After a car accident, determining the fault is an important step for getting compensation. If you want to ensure that you’re not blamed for the car accident, then it’s crucial to learn what steps you can take to prove the other driver was at fault. Contact Springs Law Group for more information.

Continue reading this guide to learn how to prove fault in a car accident:

How do I prove who is at fault in a car accident?

I’m Attorney Chris Nicolaysen, an attorney over at Springs Law Group here in Colorado Springs. Today I wanted to talk to you about proving who is at fault in a car accident. So you’ve been in a car accident. Now the at-fault driver’s insurance company is looking over at you saying, “No, we’re not the ones who did it. It’s you that was at fault.” So what do you do?

So one of the first things we recommended at Springs Law Group is getting the accident report or police report. If the police were called to the scene of the accident, this would be an essential step. And I want to step back for a minute because it’s really important if you’re in an accident, to call the police and have them come out so that they can make an official report, don’t try to settle it on the side or do anything like that. It’ll never be helpful and ultimately could come back to hurt you. So if the police do come out, they will make an accident report. And then what we’re going to do is we’re going to take a look at that accident report.

We’re going to see who was cited and who that person being cited generally is going to be the person who is at fault, which would be the at-fault driver. Now, what I will tell you to do is to check through that thoroughly. We constantly look at police reports where we’re going to find errors.

The error sometimes will state then that you are the one who was at fault, even though you weren’t the one who was cited, things like that. So what we’ll do then is we’ll contact the police, have them make a correction or an addendum to it, and get that fixed.

Then one of the other things too, that you can do is if even if there’s an error in the report, if there were witnesses who saw the accident and made a statement to the police officer at the scene, we’ll have our office, contact them, talk to them, and find out what was said and what they saw and witnessed that will also help kind of solidify the fact that you are not the at-fault driver, and that the at-fault driver and their insurance company are completely incorrect in the way that they’re trying to state the story here.

Additionally, if you’re at a spot where you’re like, “I don’t have the police report,” “I didn’t have any witnesses,” then what we’ll do is we’ll take a look around, we’re going to look around the scene of the accident itself. And we’re going to look and see where their cameras around that recorded what happened at the time of the accident. Things like red light cameras, was it something to where you know, like a Walgreens or any type of store that might have cameras that were we could get the actual footage of it recently, too, though, we had a case where our clients happened to have the dashcam footage itself in his car that had recorded everything because the other side was saying no, he was at fault.

Now dashcam footage clearly showed he wasn’t at fault. So if there’s a video out there, it can be beneficial. And then going to that scene can also be helpful because then we can see the patterns of what drivers do at that intersection or at that spot or roadway. So these are just some ways that we, you know, that we can take a look at who is actually at fault if you’re being accused by the insurance company of being the one who is at fault.

So if you are being questioned about the fault in a car accident and know it’s not your fault, come and contact us over here at Springs Law Group. We’d be more than happy to sit down with you and review the facts of your case and talk to you. Thank you.

Learning how to prove fault in a car accident can determine whether or not you get fairly compensated for your damages. Remember to collect evidence and ensure the police file an accident report. If you’ve been in a car accident in Colorado Springs, call Springs Law Group today.