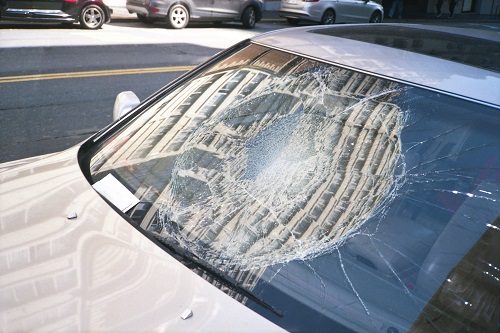 If you’ve ever had to slam on your brakes because you didn’t notice that the car in front of you stopped unexpectedly, chances are, you’ve been a distracted driver before.

However, while a lot of us have been distracted while driving, the real problem comes when the lack of attention results in a Colorado Springs car accident. A distracted driver is typically considered to be at fault for any accidents caused by their negligence in that one moment. Even if you didn’t mean to cause the accident, the consequences could be severe.

Read on to learn more about dangerous distractions while driving in Colorado Springs.

In 2016, the National Highway Traffic and Safety Administration stated that over 3450 people died due to distracted driving. Distracted driving is becoming – and is – a real issue in the United States and here in Colorado. So, today, I wanted to talk about what are some true issues and dangers that are happening right now when we drive.

Next is going to be the technology and the gadgets inside of your car itself. So as cars have moved from the old school one where you would crank and roll the window up to now having buttons and levers for just about anything and everything you can have in it. It almost becomes like you’re in an Apple store at times while you’re inside your car, and you get sensory overload. The gadgets inside your car can also be a distraction. If it’s from turning on finding the right button to hit the steering wheel warmer to typing in the address for the map that’s in your vehicle. Those can be distractions as well.

Another one is going to be the distractions that are actually outside of the vehicle which would be storefront signage, road signs, and other things like that. But a lot of times what I noticed, and this is with myself and others that I’ve seen drive, they’ll be driving and they’ll be saying the name of the store that they pass by and it becomes almost like a game.

But while you’re playing that game, you’re actually taking your eyes off the road itself. So, that can be a distraction too, or even if you see something outside such as an animal or an accident, everybody turns into looky-loos whenever there’s an accident on the side of the road. So that can be an issue where you’re taking your sight off of the road in front of you.

And then lastly, one of the other big issues can be passengers in the car itself. This can be an issue for any of us, but it can be especially prevalent for teenagers that are driving. One of those reasons is we want to be able to see the people that we’re talking to, so what we’ll do is we’ll look at the mirror in front of us so we can see behind us. By doing that we’re taking our eyes off the road and not paying full attention while we’re driving.

These are just some examples of dangerous distractions while driving, and they really need to be looked at.

If you’ve been injured in an accident and have questions, feel free to give a Colorado Springs personal injury lawyer a call or schedule a consultation with us. Hopefully this information provided some use to you and gave you some thought.

You can find more information on our website or by giving us a call!