Can I Get Punitive Damages in a Personal Injury Case? 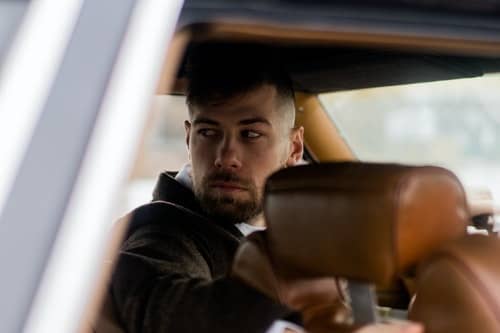 You have a sneaking suspicion that this person deliberately left the floor wet, knowing you’d slip and fall. Maybe you have a hunch that the driver in the car behind you wasn’t just “distracted” when he rear-ended you, as when you both pulled over to inspect the damage, there was the smell of alcohol on his breath. Can you pursue punitive damages in a personal injury case?

Have you heard of punitive damages?

This is the most common form of damages in compensatory damages. This covers losses such as lost income, medical expenses, and potential lost income. While compensatory damages would focus on the damage suffered by you, the injured party, punitive damages examine the conduct of the person who put you in that position. The potential damages payable to you aren’t even about you – they are about the person who did you wrong.

In Colorado, punitive or exemplary damages are intended to punish at-fault parties for excessive or outrageous behavior to dissuade others from engaging in the same behavior. In a sense, the Court makes one person “take one for the team” on behalf of all the potential wrongdoers.

When can I claim for punitive damages in a personal injury case?

Exemplary damages are justified when the act that caused your injuries was committed with malicious intent, to injure the plaintiff, or with such a wanton and reckless disregard of his rights as to evidence of a wrongful motive. Wanton and reckless behavior is defined as conduct that purposefully creates a substantial risk of harm to another and is committed with the knowledge of the risk in disregard of the consequences.

What does the law say about how much will they pay me?

The Colorado code provision CRS 13-21-102 addresses exemplary damages. The specific case’s facts will determine this. Punitive damages are normally constrained by Colorado law so as not to exceed actual or compensatory damages for the harmed party.

However, if the following is true, the Court may award up to three times the amount of real damages:

How do I prove my case?

Punitive damages may be granted if you show that the harm was caused by fraud, malice, or willful or reckless behavior.
The Court may take into account different aspects of the wrongdoer’s actions, including:

The Court may take into account other evidence, and what is presented to the jury will largely rely on the particular facts of each case.

As you can see, punitive damages will not be as easy to prove as your standard compensatory damages. More than receipts, invoices, and pay slips are required to sway a judge.

Is this enough information to bring a claim on my own?

Retaining a personal injury attorney from the skilled batch here is best. The process is not a simple one. In Colorado, a person may not ask for punitive damages at the outset of the lawsuit. A “complaint,” which outlines the general allegations of the accident or injury, is used to start a case.

Punitive damages cannot be requested in the complaint in this state. The Court must instead ensure adequate evidence to support the possibility of recovering punitive damages and appropriately instruct the jury on that kind of judgment.

Gross negligence cases are more likely to result in punitive damages than cases of ordinary negligence.

The Court is also wary of litigants who simply sue parties believing that the person has deep pockets and will give a handsome payout. Unfortunately, in Colorado, the income of the wrongdoer is not relevant to his liability. A skilled attorney here could still make a good case for you, so we encourage you to schedule a consultation.

Let us put together the best possible case for you. Schedule a consultation today!