What Can Impact a Witness Testimony in a Car Accident Case? 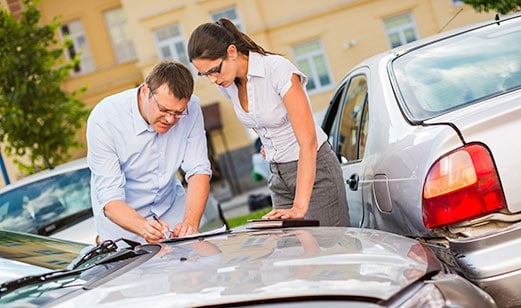 Car accidents are a common occurrence on Colorado roads. Whenever someone is behind the wheel of a vehicle, they not only have to pay close attention to their own driving actions, but also to the actions of others on the road. Despite the many efforts that drivers put into driving safely, some things just can’t be avoided. Exchanging information with all parties involved in the accident, calling the police and seeking medical attention for those who have been injured are all important steps to take following a car accident, but people will also want to consider finding witnesses who can help them win their case should they file a claim against in the liable party.

How Can a Witness Assist in a Colorado Car Accident Case?

Why Would a Witness Be Discredited?

When someone uses a witness testimony to help prove their case, they have to be careful because it is possible the witness will be discredited. While they were present at the time of the accident, this doesn’t always mean the courts will use their testimony as the deciding factor in the case. Witnesses who were not there for the entire incident, have poor eyesight, or were intoxicated when the accident occurred tend to not be seen as reliable. In addition, witnesses who have a criminal record or a bad reputation are also not seen as credible.

Having a witness can be helpful to anyone who is seeking compensation following a car accident, but that is only if they prove to be credible and reliable. If they can be easily discredited due to a criminal record, not being in the right state of mind when they witnessed the accident or another reason, there is no point in asking someone to share their testimony. This can weaken the case and help the other party. If a person does decide to seek out a witness, it would be wise to ensure they are credible, or they should work to find a witness who can actually be of assistance and help them win the case.

Call a Skilled Colorado Car Accident Lawyer Near You

Someone is always at fault when a car accident occurs. Whether the party wants to admit their role or wants to blame someone else, the issue can always be resolved. With the assistance of a witness and an attorney from Springs Law Group, those who have been injured in a car accident can get the compensation they deserve.